A detailed step by step guide on how to download and install Substratum On Samsung Devices and how to apply Substratum Themes on Samsung Devices. Samsung devices have come a long way in terms of software. I still remember using my Samsung Galaxy S3. My God, that thing was slow as heck. Given that my previous device to that for the Galaxy Nexus, it was an absolute downgrade in terms of software. Hardware wise, Samsung (almost) never lets down its users. All that said, Samsung has moved on from the good old TouchWiz to the all-new Samsung Experience. The Samsung Experience is the new name for Samsung Software which powers their devices. Samsung Experience is nothing like its predecessor, both in the look and in the performance area. Those who are still complaining about the Samsung’s software probably would have never used a premium Samsung device recently.

Now, let’s get to the business. If you have been looking closely into the Android Theming space, then you would have definitely heard of ‘Substratum’. Ever since the unfortunate death of CM Theme Engine, Substartum has become the norm for theming Android devices. Initially, when the team started, Substartum only supported Stock or Close to Stock [Lineage OS and the like] ROMs with root capabilities. But now, the team has extended it’s support to the Samsung Devices as well. And the good news is, to install Substartum on Samsung device, you do not need root. That’s right, no root required. Read ahead to know more on how to download and install Substartum on your Samsung device.

Before proceeding, it is important to note that Substratum for Samsung Devices only support Android Nougat and above. With that said, you need to install two apps in order to get Substratum working properly on your Samsung device. They are listed below, go ahead and install them from Play Store by clicking the button below them. 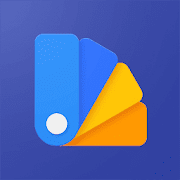 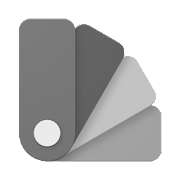 ATTENTION! It is HIGHLYrecommended NOT to apply Android System and SystemUI elements as of yet UNLESS your theme supports it and shows “dangerous overlays” by default.

Congratulations, you have successfully installed and setup Substratum on your Samsung device.