Camera2 API Support – you must come across this word a lot if you are trying to install a camera mod on your device. In this guide, we will tell you how you can check if your device supports Camera2 API.

Android has come a long way in terms of features and functionalities. What started as a little dream of a bunch of developers have now transformed into the world’s largest mobile operating system. Like any other project, you cannot expect Android to rock all the latest and cutting-edge technologies and features in one go. It is more of an evolution. For example, we all remember the good old grumpy, black design that Android rocked in Ice Cream Sandwich a couple of years ago. And then came the refined and sophisticated ‘Material Design’.

One such thing that has evolved over time is the Camera API in Android. Camera API is nothing but a gateway which controls how you can access the hardware camera on your Android device. Recently, Google has pushed a much-needed update to it and we now have the Camera2 API.

What is Camera2 API?

Until Android  KitKat (Version 4.4), the standard API to access the camera functionality embedded in the OS was very limited in functionality. In Android Lollipop (Version 5.0), Google introduced the Camera2 API to give camera app developers better access to more advanced controls of the camera, like manual exposure (ISO, shutter speed), focus, RAW capture etc. The OEMs are not entirely dependent on Google’s new API because they can customize Android OS to their heart’s content. It is the third party app developers who need the API most because, in most cases, they can only work with the tools they are given.

To check this quickly, you need to download and install an app called “Camera2 API Probe” from Google Play Store. You can download it by clicking below: 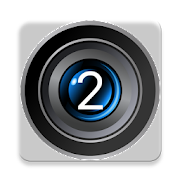 Once the app is installed, simply open the app. You will be shown a bunch of information about the Camera2 API support on your device.

We shall see about it in detail down below.

The app displays a lot of additonal information regarding the camera hardware but what we need is only the first section!

As you can see in the image above, the phone’s general hardware/software information will be displayed at the very top. We can skip right past that. After that, there will be two different sections ‘Camera ID: 0’ (represents rear camera) and ‘Camera ID: 1’ (represents front facing camera).

Under each of the above two sections, there will be multiple sub-categories indicating the capabilities of the camera hardware present in the hardware. But all we are going to need is the one category that says ‘Hardware Level Support Category‘.

Simply put, if you see Full or Level 3 in green, then it means your device fully supports Camera2 API.

Do not worry if your device does not support Camera2 API out of the box, as it not impossible to enable Camera2 API. You can easily enable Camera2 API support on your Android, by using Magisk Modules, but you are going to need root though. Now that Google Camera Port is gaining support for a lot of new devices, Camera2 API is getting a lot of attention!

Need help? Let us know in the comments below!