Looking for QuickPic Alternatives? Here are our picks for the best QuickPic alternatives which you can get from the Google Play Store right now.

A couple of months ago, Cheetah Mobiles and an associated company called Kika Tech were accused of using extensive permissions in their Android apps to fraudulently claim commissions for app installs from advertisers. The applications that were under radar already had more than 2 billion downloads in the Play Store by then and had around 700 million active users. Google later found that Cheetah and Kika apps are apparently abusing their permissions and are going against the policies of Android. This resulted in Google taking down fifteen apps under the Cheetah Mobiles banner and QuickPic was one among them.

Although the apk file of QuickPic is available for download on many websites, it is not recommended to install it on your device from any source until Cheetah Mobiles are cleared of all the charges and the app surfaces on the Google Play Store once again. I even suggest you uninstall it any app from Cheetah Mobiles and Kika Tech from your devices if you have any installed. Saying so, I present you the list of best alternatives to QuickPic which can take up the void created by the disappearance of QuickPic.

There are only a few categories left for Google not to try their hands on developing an app and the category of Photo Galleries is not one of them. Google Photos comes preinstalled in most of the Android Phones as a part of the Google Services Package. It is a cloud-based gallery app and can also be used as a gallery to view your media. It gives its users free, unlimited storage for photos and videos provided the images are within 16 megapixels and videos are within 1080p. Anything larger will consume the space of your Google Drive which is at 15 GB which can be further expanded. Moreover, it has Google Assitant integration and common gallery features such as an inbuilt editor and trash folder.

Download and Install Google Photos from the Google Play Store by clicking below:

Piktures – Photo Album Gallery comes with a modern yet simple user interface. It is better optimised for taller displays with the 2:1 aspect ratio. It even has inbuilt gesture navigation so that you can use different elements of the app interface with simple gestures. It is fast, fluid, easy to use and does not have any intrusive ads. Piktures comes with a built-in video player, GIF player, image editor, ability to sort albums on various topics such as location and a lot of other nifty and useful features. Moreover, you can even securely lock media in the Secure Drive with a PIN code protection. It even lets you extract text from your image similar to what Google Lens feature does in Google Photos. Its alpha version has support Chromecast as well.

Download and Install Piktures – Photo Album Gallery from the Google Play Store by clicking below: 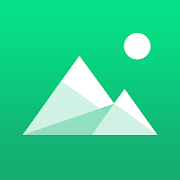 A+ Gallery is in many ways similar to Piktures which also finds a way in our list. It features a simple and easy to use user interface. One can easily organise and manage their media using this app. Its developers claim it to be the fastest in the department for viewing photos. It also features a vault using which you can store private photos and videos without worrying about anyone else getting access to it. You also get the functionalities of a recycle bin in this app. Moreover, you can change the app theme, view online albums from Facebook, Dropbox, Amazon Cloud Drive, and you can view those photos as well. A+ Gallery has built-in recycle bin and a secure vault to hide your private files., and hide albums. The only downside is the fact that it comes with advertisements but you can get rid of them with the pro version which also happens to be providing some additional premium features.

Download and Install A+ Gallery from the Google Play Store by clicking below: 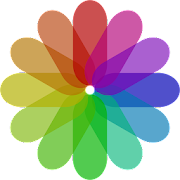 F Stop Gallery is quite old in the gallery category of applications on the Android side of things. Over the years, it has undergone numerous revisions and it is one of the best gallery apps that can be found on the Play Store. It features a beautifully crafted interface well in line with Google’s material design philosophy. It is quite similar to QuickPic but has tastes of its own like the ability to quickly search different files, save tags, add albums and bookmark, hide albums, set a password to albums etc. It even has Google Maps integration which might come in handy for many. All these features are free but there is a pro version as well which comes with some more additional features.

Download and Install F Stop Gallery from the Google Play Store by clicking below: 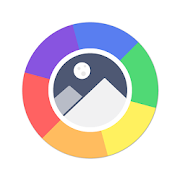 As the name suggests, Simple Gallery is quite simple. It has every feature that one will be looking for in a gallery app. You can hide files, sort them according to name, location, time and type. It even has fairly decent editing options. The main highlight of the app is it’s easy to use interface and its lightweight nature.  It also features a password vault where you can securely store your private pictures and videos. You can customize the app with the inbuilt themes. There is also a pro version available which brings some additional features and no advertisements.

Download and Install Simple Gallery from the Google Play Store by clicking below: 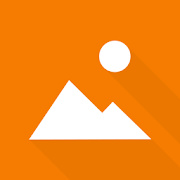 The list is not any particular order. But if I had to pick anyone among these, I would have gone for the Google Photos. First of all, it provides unlimited cloud storage for pictures and videos under 16 MP and 1080p respectively and second, all my media files gets synced easily between the different devices that I use.

These are the best QuickPic alternatives that one can try out in 2019. I hope this article works the way it is intended to be. Let us know about your experience trying out the methods mentioned in this article in the comments section down below. In case I missed mentioning anything or if there is some topic which you want me to cover, please let me know in the comments section down below.