Have you been missing some important notifications lately? Here are some fixes for the delayed or broken notifications on your Android.

Android, the smart, fast and customizable Smartphone Operating System has brought a very remarkable change in humans race, in which quick and fast responsive smartphone plays a big bet. Being the user of dozens of apps on your device, it is not possible to keep checking the status and statistics of every app by opening them again and again, hence the ‘Notifications’, which helps the user to have a quick glance at their apps and activities.

Being an Android Powered Smartphone user is a great experience. But with this great Mobile Operating System, there are times when a user has to suffer due to its rising features with future. With every major upgrade, there are always some cool and amazing happening with its User interface and features, which not always result in good. Sometimes Updates like such annoys the user and frustrates them.

Since Notification(s) plays a crucial role in ones day to day activities and with the recent reports by many Android users, there’s an issue with the push notifications on their smartphones. Users have been experiencing delays in getting the Push-Notifications which usually pops up in their notification bar. Such delays can cause the major real-time problems to the users, who rely on checking their Notification bar Time-to-time than checking individual apps for remaining updated. Hence, the article on how you can prevent or fix the delays in your Android-powered Smartphone.

Simply following the given instructions, you can get saved effortlessly.

Being powered by a limited battery pack in everyone’s pocket, user tend to preserve their battery as much as possible as no one like keeping themselves tangled with wires all the time. All the smartphone today, from the international makers like Samsung Sony, LG, Htc, Motorola, etc. to a generic brand offers such power saving features whose implementation varies from manufacturer to manufacturer. For such battery backup concerns to make their smartphone last for a day, major smartphone users keep their power-saver mode almost always on! which might help in gaining better battery life, but does results in killing or pausing most of the background activities like Connectivity to network,  Wireless, Bluetooth, etc.
Choose your battery optimization modes wisely, as most of the apps on which we rely on, requires the connectivity to the internet to keep us up to date. And minimizing the network access ultimately result in the delay of Push Notifications by apps like Gmail, WhatsApp, Facebook, etc.

Recent apps are not your Enemy!

A very traditional habit again by the many users to kill the background apps as soon as they switch to the home screen, just because of the false belief that more apps in your recent activity, more is the battery consumption.
Android is a very Smart Operating System already and it keeps your phone’s  RAM and Battery optimized efficiently, almost all the time. There is primarily no need for you to keep cleaning the ram again and again. Killing the app from the Recent Activity and re-launching it indeed requires more power and if the application is already in an inactive state, it ultimately won’t be able to create any prompts or Push Notifications.

As all the real-time apps require autonomous connectivity to the internet or data services continuously, apps like Facebook, Whatsapp, Gmail, etc. cannot be connected and synchronized with the respected servers all the time to keep the feed updated if they are not permitted to use data services in the background. Sometimes due to the default android policies and permissions, or users personal customizations with the data usage policies, the background data permission would be disabled.
In such case, considering WhatsApp as an example, one has to navigate to Settings > Apps > WhatsApp > Data Usage > Background Data and turn it on if its off by default.

Sometimes, Apps and their Cached data can too cause such trouble, clearing it manually for a specified app won’t hurt, In fact, the performance enhancements can be seen as well.
In such case, considering WhatsApp as an example, one has to navigate to: Settings > Apps > WhatsApp > Storage > Clear Cache.

Note: The above steps could vary with different Android Version and Manufacturer’s UI.

There is a packet called Heartbeat. It is something which ensures that a user is connected with Google’s Cloud messaging service, which eventually is responsible for creating push notifications on your Android device. One cannot change its factor Value, called Heartbeat Interval natively, which is responsible for keeping you connected with Google’s CMS with the timely disturbance in network connectivity for keep on receiving the updated push notifications. To do so, one can take help of the 3rd party apps available on the Google Play store.

The Very popular app to fix this issue is Push Notification Fixer by andQulimax. 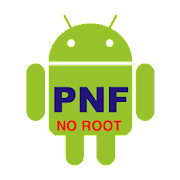 Note: It will result in the battery’s optimization, though there is a very minimal difference.