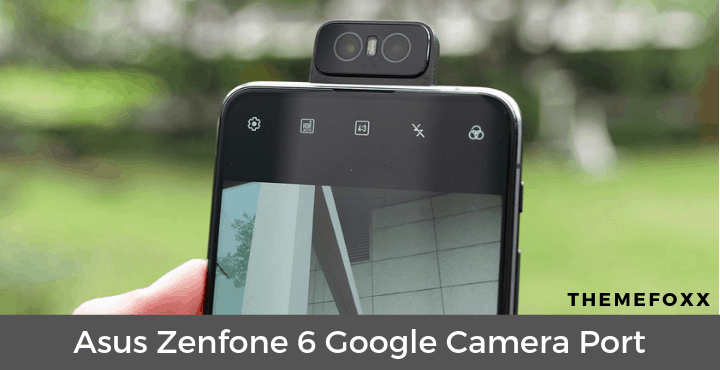 Unlike other manufacturers, Google relies on software for delivering stunning pictures. Google’s software game is so good that a lot of devices with triple cameras cannot take photos that would even come anywhere near photos that were taken on a Google Pixel device. Now, since the Google Camera Magic lies in the software, aka APK files, they can be ported to other Android devices too. Don’t get me wrong, Asus Zenfone 6 comes with some amazing pair of cameras. But with Google Camera Port for Zenfone 7, they can click even better pictures!

Please note that the stock camera app that comes pre-installed with the device is in no way a bad one. Honestly, it is one of the phones which take good quality pictures out there, if not great. With the back camera also acting as the selfie camera, you are going to take some awesome selfies too! But it is a known fact that Google Camera app is insanely good and it will almost outperform the stock camera performance 9 times out of 10. Don’t believe me? Here’s a comparison between photos taken on the stock camera app and the Google Camera App.

For All Devices (including non-rooted):

For Rooted Devices Only:

We have the installation instructions for both the root and non-rooted devices.

For All Devices (including Non-rooted)

As we have already said, this Google Camera Port does not need your Asus Zenfone 6 to be rooted. But, there is one small extra step needed after you install the GCam – loading the proper settings for Asus Zenfone 6 via an XML file. We have explained everything in the step by step guide below:

A few things to keep in mind…

This is the easiest way to download and install Google Camera Port (GCam) on Asus Zenfone 6. We are absolutely sure that the photos taken with Google Camera would be remarkably better than the ones taken with Stock Asus camera app.

If you happen to come across any difficulties with installing the Asus Zenfone 6 GCam or having a hard time with configuring it, do let us know in the comments below. Also, don’t forget to tell us what you think about the quality of pictures taken with the Google Camera App!