When a new anime series or new anime episodes got released finding it difficult where to watch? Well, now it’s easier to access anime on your Android smartphone.

The internet is filled with a lot of free anime streaming apps which offer free streaming services. But a lot of them fail to meet our expectations. Either they have very limited anime content or streaming takes a very long time to buffer. So we have come up with a list of top anime android apps for you people to enjoy your favorite anime series for free.

When it comes to streaming Anime on Android, there are hundreds of apps available on the Google Play Store. Here we have picked out the top 5 best apps which are also completely free to download.

The listed anime apps contain ads. Developers of these apps are providing free streaming of your favorite anime series so let us tolerate those ads and help developers to generate revenue out of it.

Crunchyroll is the top app to watch anime series out there in the Google play store. With millions of downloads, Crunchyroll has the largest collection of anime series for you to enjoy. With over 25,000 anime episodes of your favorite shows and people also can read manga from Crunchyroll manga shop.

You can enjoy anime for free with seeing ads. If you are annoyed with seeing ads then you can download a premium app and enjoy ad-free, HD Streaming with a 14-day trial feature.

Crunchyroll user interface is very friendly with the ability to search your favorite anime series. Users can manage the playlist to watch later and go through the history of already watched episodes. Anime fans can join the Crunchyroll Community using Facebook and Twitter.

Next app in the list is FunimationNow with a library of English-dubbed and subtitled anime shows. The best thing about FunimationNow is when a new series is broadcasted, will be dubbed and streamed within a few hours, so there is no need of waiting for a long time.

Funimation provides free limited access to shows with ads. On the other hand, premium users can watch unlimited shows without interfering of ads with a monthly subscription fee of $5.99.

The app is packed with features, users can search and filter shows. Users can also download shows to watch them offline, but the offline download ability is limited to users in the US, UK, Canada, and Ireland.

The third app in the list is Funanime. It’s another app where you can stream and watch your favorite anime series online. The user can access to anime library without required to sign-in. After setting up the preferred language in settings, the user can browse featured or browse anime by categories. 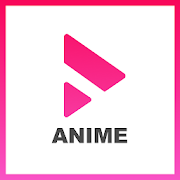 AnimeLab is exclusive anime app currently only available to Australia and New Zealand. But watch out people because developers are working their way to get AnimeLab to the world.

With thousands of episodes already available in AnimeLab app with new shows added to there library every week. Shows are simulcasted directly from Japan. With thousands of people downloaded and rating of 4.5 in the Google Play Store, its a solid app for anime lovers.

Viewster is the Streaming app which has Anime category exclusive for anime fans, with fan-favorite series and movies updated regularly, Viewster may not have the largest collection of anime series, but most popular episodes are available for free to watch.

With the growing section of HD Anime, Viewster offers free to watch episodes without need of sign-up. Anime fans can join with Viewster Community to stay up to date about there shows. 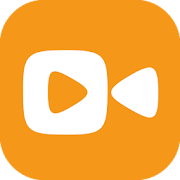 Those were the apps for people who are in search of best anime app for Android, with not much spending on a monthly subscription and want to enjoy free anime episodes on your Android smartphone. Hope we saved your time and helped in finding suitable anime streaming app.