Seamless Updates is one of the most exciting features in the history of Android. How awesome would it be, if you don’t even know when your device is updated to a newer Android version? Smooth, right? This guide will help you find if your Android device supports Seamless Updates.

The Android smartphones have been a great success since their release and are now at its peak of popularity.  Many operating systems for the smartphones came after the release of Android but interestingly none of them could make a mark in the market similar to the Android smartphones. This success of Android around the globe is nothing but because of the regular updates, they release for their devices as per the user’s requirements. For every new Android version, they provide better features which provide the users a better experience. Over the past years, Android has set high standards for smartphones and was able to increase the user experience to a better level.

What is “Android Seamless Updates”?

The Seamless update is basically a feature which is developed by Google for helping their users to update firmware easily on their devices. Android Naugat introduced this support for seamless updates with the A/B partition system and the devices with this feature will be having two partitions in place of single partition available with other smartphones. Among the two partitions, one will be kept inactive so that when the update arrives on the device it will be downloaded on the inactive and then installed. After the installation process on the device, the device is booted into the other partition finally giving the user the new updated Android experience. This features also help user eliminate the problems caused by errors during the update process and lets the user use the device while the update takes place in the background without any hindrance.

This is the easiest way to check Seamless Update Support on Android devices. Download the ‘Treble Check’ App from Google Play Store by clicking below: 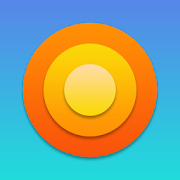 After installing, simply open the device and you will be shown the support status. For example, here’s a screenshot from my Galaxy Note 8 which does not have Seamless Updates Support:

That is all. The Seamless Updates Status will be shown right as you enter the app. As simple as that!

Method 2: By Using your PC

We highly doubt if you will ever need this method, given the simplicity of the above method. Nonetheless, here we go.

These are the two methods by which you can check the Android Seamless Updates support.