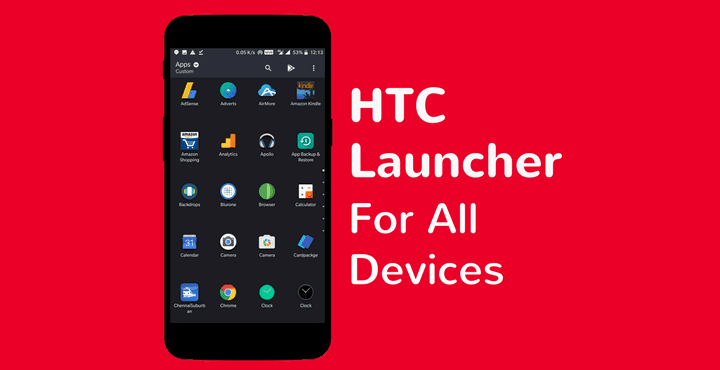 Just like every Android manufacturer having a name for their take on Android, HTC does too. It called HTC Sense. The latest version of Sense is the Sense 9. The Sense 9 is almost close to stock unlike the Samsung’s version of Android. The HTC Sense 9 also comes with its own HTC Launcher and a few other apps. The entire system is themed a little bit and adds character to the UI. There is also a Themes Option which allows to theme the entire system. Today, we are bringing you the latest version of HTC Launcher APK which can be installed on any Android device and no root is needed. The HTC Launcher also called as Sense 9 Launcher APK is extracted from the Latest Sense 9 System image.

Below are a few screenshots of the HTC Launcher in action:

You can download the latest version of HTC Launcher which has been ported to work on all devices by clicking below:

Download and extract the .zip file from which you will get a .apk file. Simply tap on the downloaded .apk file and it will be installed. No root or special steps are for installation, enjoy!