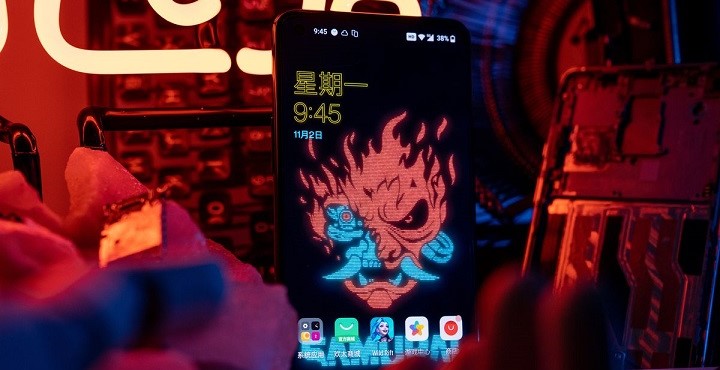 OnePlus released the OnePlus 8T Cyberpunk 2077 Edition as a way to celebrate the imminent launch of the much-awaited game. The device comes with some customizations – both hardware and software-wise. The phone is exclusive to China and is not available outside of the country for purchase.

This does not mean we cannot enjoy the exclusive goodies that come with the device. Developer linuxct has managed to port the wallpapers and live wallpapers to other devices. That’s right, you can enjoy the all-new Cyberpunk 2077 live wallpaper on your device.

Once installed, look for an app called OnePlus Wallpaper Config on your phone. Open it and you will find multiple versions of the live wallpaper available. Choose the one you’d like and apply. There are 3 versions available:

Here’s a preview of the live wallpaper:

There are a total of 6 wallpapers available.

Here’s a preview of them:

There are only 10 special edition ringtones that comes with this phone. You can get them here:

linuxct is so awesome, he even managed to port the icon packs to other devices.

There are two versions of it, one made for OnePlus phones, and another made for all other Android devices. You can get both of them here:

Now, if you own an OnePlus device, XDA Member AndroPlus has made a neat Magisk module which will apply the following resources to your devices: