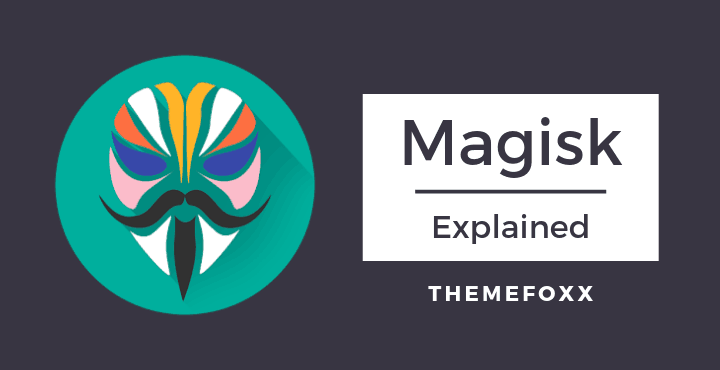 There are a lot of Computers, Smartphones, tablets and other devices in the market that has computers in them. These devices run on an operating system and device manufacturers impose software limitations in these devices for security reasons. However, these limitations can be overcome by “Rooting” and one way of rooting an Android is through Magisk.

Malware will not be able to do much damage to the device if the access to system files are restricted. The restrictions imposed on a user will also be applied to the malware.

This is not always the same. There is always new malware accessing user privileges using various exploits that the device may be vulnerable to. That’s the reason you should keep updating your device to the latest security patches and updates which patches these exploits and keeps your personal data safe.

The Magisk comes in the form of a zip file which can be flashed via custom recovery such as TWRP in order to achieve root on Android devices. Once you have flashed the Magisk Zip file via TWRP, you can handle the front end activities, including but not limited to manager root access, via an App called Magisk Manager.

Before getting to know what Magisk is, let me introduce top players in the game Chainfire’s SuperSU, phh’s SuperUser, and topjohnwu’s Magisk. So let me explain what Magisk is? with these root methods.

The main goal of these root methods is to manage which installed apps have root access. Not all apps are made to have access root. System apps like Google, Gmail and others will not have benefit from having root privileges. There are apps which are designed specifically keeping the root in mind.

When you install this kind of apps with Magisk root your device, then you will see a prompt from these apps for root access. The prompt is poped within the app to make sure only required app gets the permission and don’t want other apps to have root access (this may lead to insecure setup and the device may be compromised by malware).

You can even choose how these apps have the root access either permanently or temporary. Thus making sure only allow the trusted app to have root access.

All Rooting methods offer very much similar functionality, but Magisk and the way you can use any application without any issues makes it stand out from other root methods. Suppose having SuperSU and want to run a banking app is not possible, unrooting is the only way to use the bank app again.

Every time you want to use the app, it’s not possible to unroot the device. Magisk has a feature which hides the rooting from these apps and no need of unrooting the device by hiding root from your device. Unlike SuperSu it doesn’t modify or alter system partition, which means we are not messing with the system files.

What We Can Do with Magisk and Root?

Magisk a very powerful tool to run modifications (modding Android) without messing with the system. That’s the reason it is referred to as “systemless” method. Using the Magisk manager you’re going to take advantage of Magisk features.

Few modules which I personally use with Magisk:

Now, I know most of the phones out there have the ability to theme the device, but the substratum is more useful for them stock Android phones. I know most of device support Substratum without root. Phones which are on Android Pie or higher require root to apply the theme. Dolby Atmos is not integrated by every phone manufacturer, by giving root access to the app we can enjoy audio enhancements on our phone.

Not all the kernels of the phones, use the full capacity of the phone. Kernel manager will be able to tune certain parameters or even install custom kernels on the device for improved performance and saving battery life.

Is Rooting a device is Safe?

It’s absolutely safe for the device to be rooted, the majority of people using a rooted device never need higher access than what they are given. In Windows Administrator access is only needed for certain actions and this is the same with the Linux as well.

So two major platforms with different names for the same thing. The root access is not needed during regular usage, its when we need to play and change things in the high level, root access is granted.

It’s easy in Windows if you have the Administrator password. Microsoft will tie the first account created to Administrator privileges after Windows is installed. All the regular actions will be done under user account and it’s only when you doing something beyond regular account limitations, admin access is granted.

In the Linux platform installing certain apps and performing certain actions, that’s when you are required to give temporary access to the device so that the action is performed. Android is a highly specified version of the Linux (Android uses Linux Kernel).

So there are additional layers of security features put into these devices by Google. So even for temporary actions gaining root access is harder in Android device than a Linux device.

Everyone does Google search for Magisk, there you will see a ton of results and different sources to download. The root method is so popular that, there are more malware filled websites, which we can’t guarantee that they don’t harm the device. However, I would only recommend you to download Magisk from one these trusted sources.

How to Install Magisk?

Installing Magisk is very easy on the majority of the device it supports. You just need to know which version of Magisk works for your device and software.

Most of the device supports the latest version of the Magisk root but there seems to be a problem with Xiaomi devices because of implementing some Root techniques in the System for future devices. Magisk 18x version can be used by modding it, there is an older version 17x which works fine with Xiaomi devices.

Unless specifically told in one of our tutorials, grab the latest version of Magisk. The file will be in ZIP format and you just need to boot your phone into custom recovery (such as TWRP) and Install/flash it using traditional methods.

Now just boot your phone, this should have rooted your phone and install Magisk manager app. In some cases, the Magisk Manager app will not be installed properly, you can just grab the APK from the Github page linked above and sideload it to your phone.

After installing Magisk, look for Magisk Manager application. This is the application you will be used to manage, which apps to have root access. You can also download “Magisk Modules” to install from the official repository and even disable them if you don’t want to use them.

How to Install Magisk Modules?

The process will guide you to install Magisk Module Zip files via the Magisk Manager app.

You can find more detailed steps from the below guide:

How to Install Magisk Module